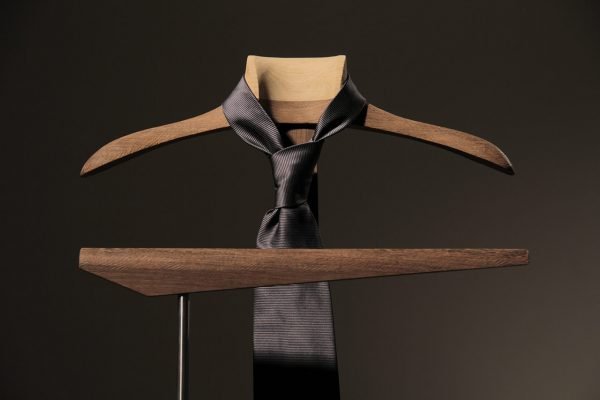 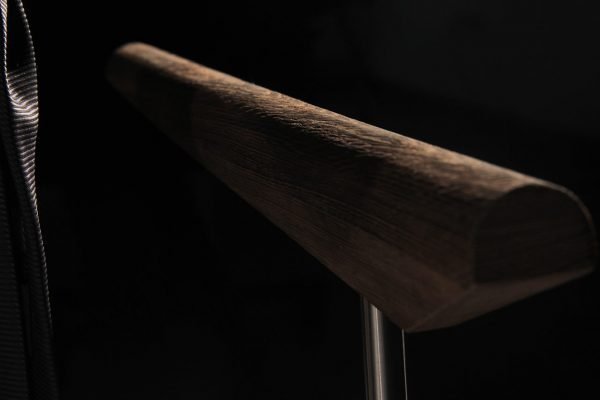 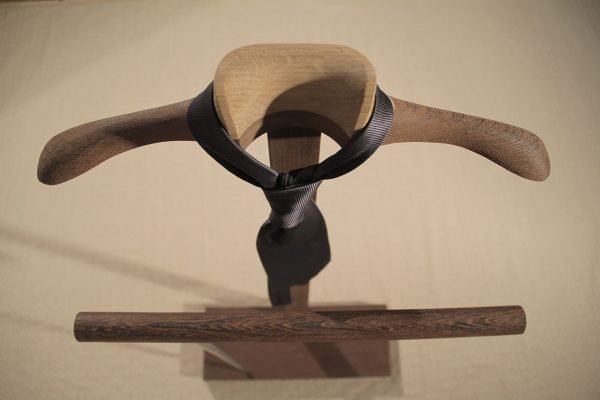 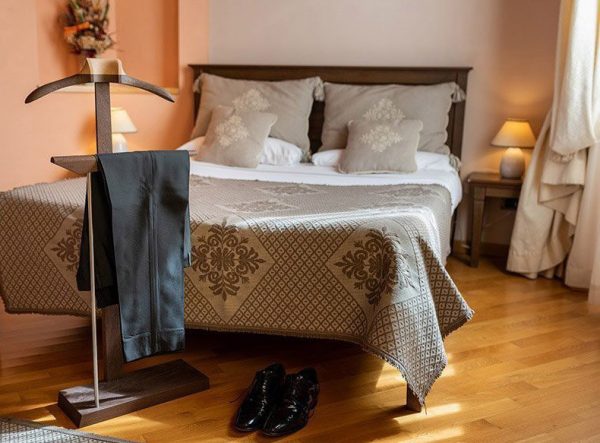 WENGE + OAK VERSION
Timeless elegance is a matter of simplicity: even a coat valet can be re-invented to find harmony in the contrast between classic and modern. Servomuto (literally: mute servant) is made of Wenge, Oak and Beech. While the wood gives it its sensuous curves, the steel gives it strength and stability, all without burdening its delicate, almost suspended shape.

What was a staple in every house between ‘800s and the first half of the ‘900s, is now a bold statement about style. Not simply vintage nostalgia, but a true little work of art dedicated to functionality.

Description: This hanger is an antique model made in the early ‘900, reinvented in this bicolored version. The base is built from a block of solid wood, from which two posts rise: a wooden one holding the hanger, a steel one holding the trouser hanger bar.

Servomuto fits nicely both in a modern and classical home. The soft shape of the hanger is balanced by the stripped down lines of the bar and base, and the stainless steel stem gives it a timeless elegance.

My sister and her husband asked me to plan and create their new bedroom. From that, I created a line called “Mesurè” (dialect for “my sister”) that included “Cassettiera”, “Comodini”, “Settimino” e “Servomuto”.

As soon as I was finished with all the cabinetry, I felt what something was missing with Servomuto. I already realized the wedge post for the hanger, and decided to use a steel stem, to make it look almost suspended in mid-air. However, I still had to make up my mind on the base.

It is often said that the devil hides in the details: this is especially true when one is dealing with a work of art, whether it is something big or, as this one time, something apparently small.

This time inspiration came when I realized I could use a board to keep its center of gravity low, moving all the weight to the bottom. This gave Sardomuto an outstanding stability, putting also the final touches on its style.

Show reviews in all languages (2)

Be the first to review “Servomuto A” Cancel reply